For all of those who no longer camp in the winter, the February camping weekend could have changed your mind. The temperatures for this beautiful weekend reached over 20 Celsius in some parts of the country, and we certainly enjoyed high teens. Apart from the freezing mist first thing in the morning that had most people running to the onsite hot showers, but somewhere still dressed in shorts and flipflops. In February! 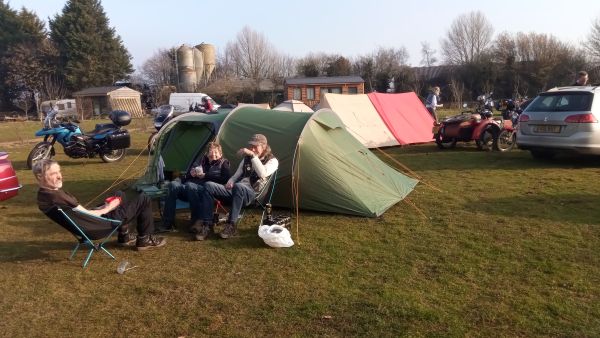 So my five-hour ride down (on Friday) and four-hour ride home on Sunday did not involve heated grips or thermals, which was a nice change. But I do have a dodgy thermostat on the Pan that needs to be replaced.

The venue was the Holford Arms near Tetbury and came complete with pleasant grounds, an orchard and a campsite. A very good attendance again and even some new members on site. We were spread out a bit as a number of moles had got there before us, and most members wanted to avoid the muddy hills that they had left behind.

Despite only living a few short miles away, Tony brought his tent and camped, whereas Alex and Marian were day visitors (on both days), as they had other members staying with them. 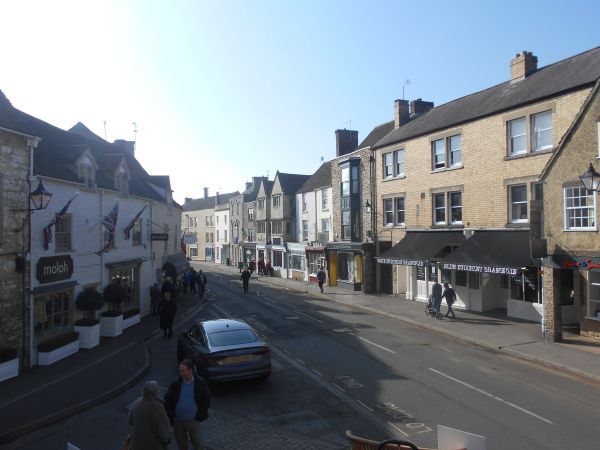 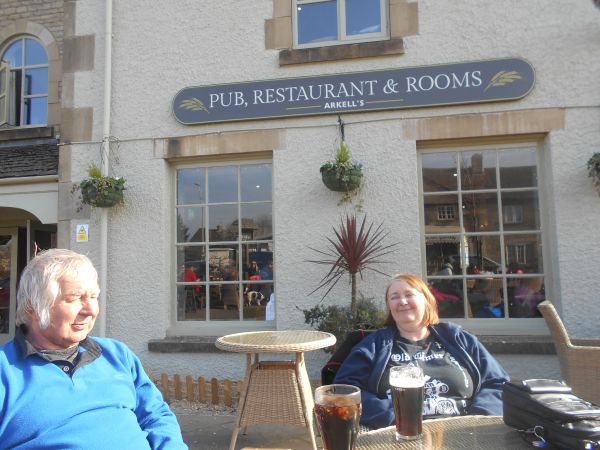 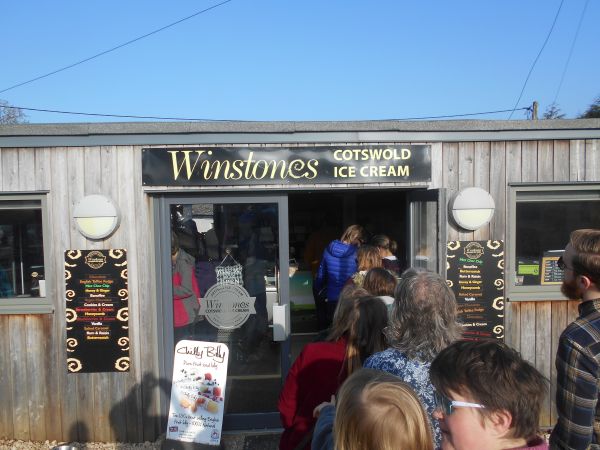 Over the weekend, members also took advantage of the location to visit the rescheduled Classic Motorcycle Show at the Bath & Wells Showground, or do a cultural visit to Bath, Gloucester or Tetbury itself (how many charity and antique shops can you check out in one day before the lure of another pub wins?). And then the first ice cream of the year! Thanks, Barry, for the guided tour of your home county.

Friday night was mainly spent planning future trips including the four FIM events that look to be well supported this year. Saturday evening started early as the pub fixed a projector to the ceiling and a bedsheet to the wall, and the Wales vs England six nations game was enjoyed by all (even if Wales did win Brian) 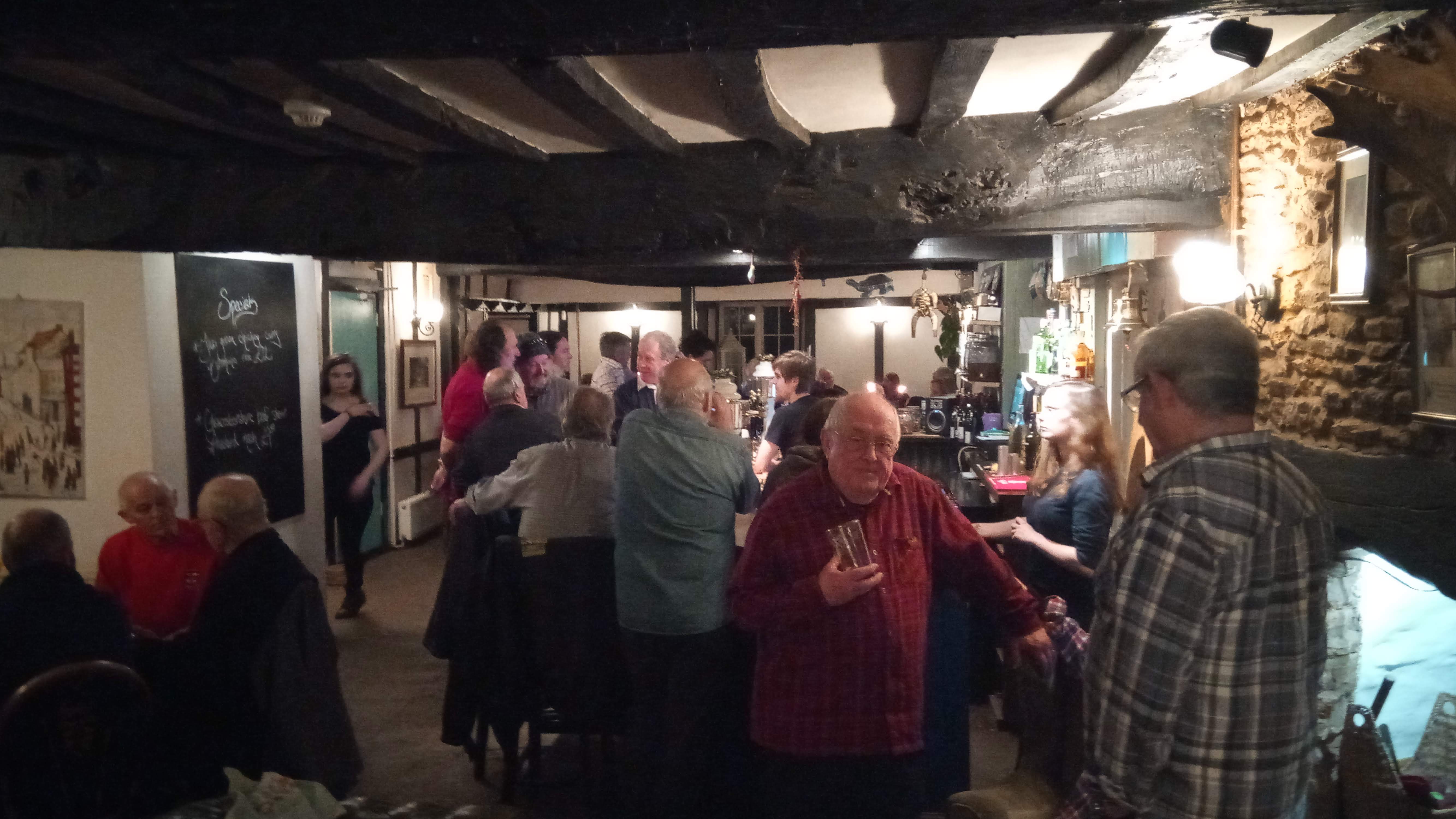 Then things went wrong for a few of our members as the pub needed every table for pre-booked diners. If we had been aware of this, we would have booked some tables ourselves, but one of the staff members was quite rude in chasing people off of the tables, which was out of order. Some planning and communication from staff over the weekend would have prevented this, but it is a lesson learned and from now on we will ask whether we need to pre-book tables in advance.

I had a very pleasant ride home but had unfortunately left my very muddy groundsheet and tent bag behind. Luckily Lys picked them up for me. Role on Norfolk and fingers crossed for similar weather.